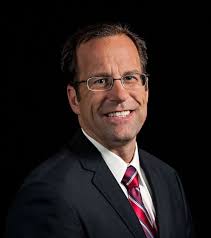 The system and I...we're not friends. If you've followed my writing here and in magazines and at my column over at Hilltownfamilies.org...this statement comes as no surprise. Our fractured judicial system has failed my family more times than I care to remember. And while I tend toward forward motion, leaving behind the bad and forging ahead to try and make change where I can, today, I allowed myself to look back in order to share the story of my personal experiences in family court with Rob Smith who is currently running for Warren County Family Court Judge.

Now I have to admit, that most of me was immediately prepared to like Rob for the simple reason that he was WILLING to listen, wanted to meet and found time so that we could do so right away. It was a particularly different sensation having someone who could potentially be our county's new family court judge have the innate wisdom to hear from a constituent hopefully so that he could tuck the stories figuratively into his briefcase and carry the lessons learned into the court with him.

However, I will also admit, that there was a little part of me that firmly remained a cynic, deeply entrenched in the mire of bad memories. And so, I may have also had a teeny tiny notion that speaking with Rob would prove that cynic correct somehow; that perhaps he'd be less than genuine, less than a listener, and I guess...more of the same.

But here's the thing, the thing I need you all to know especially if you are of voting age and live in Warren County NY,  Rob Smith put that itty bitty cynical part of me at ease within the first 10 minutes of our conversation. And while I won't go into the stories I shared, I will share with you what I learned about Rob that makes me absolutely certain that he is the right choice on Tuesday.

First and foremost, Rob let me talk. And while I talked he listened. The consummate communicator, he was engaged. He asked questions. He gathered data. He wanted clarifications and (I know you won't believe this) but when he didn't know something, he actually said it. I kid you not.  (Think of it, a politician who speaks the truth about himself!)  I have to say that his demeanor and the engagement he showed really and truly surprised me. Perhaps it is because of this specific and volatile election cycle, but his ability to give audience to and try and learn from the tragic consequences that came from my family's experiences in the judicial system seems singularly rare.

Secondly, Rob Smith wants to be family court judge so he can...wait for it...help families. Now if that seems like a given to you, think again. Like any other career, there is a hierarchy in the judicial world where the position of family court judge is at the bottom and for many is often looked upon as a first "stepping stone" in order to climb the judicial ladder.  And while other judges or candidates may have aspirations or even have past campaigns to join the ranks of more prestigious judicial positions, Rob is on the record and told me personally today that being family court judge is what he is aspiring to be--period--end of story. He doesn't want any other position, saying, "I am 48 years old. I know who I am and what I stand for. I have always wanted to be able to help children and families and this is the ultimate way to do that." And you know what? I believed him. I believed him when he said that the position of family court judge would have his full attention and dedication. It wasn't just a plausible declaration, it was clear that he was he was absolute in this resolution. And honestly, isn't that what you'd want if you ever found yourself or you child in his court; someone dedicated to his role as an adjudicator, taking seriously and finding importance in his role of protecting children in a life-long way?

Another reason Rob has my vote is because it was quite obvious to me after over an hour and a half of intense conversation, that Rob is a man who knows how important it is to see each family and each child as complex entities who'd therefore (of course) need complex approaches to problem solving. I can't tell you how very impressed I was when I shared with Rob my feelings of the court's inability to deviate from some invisible procedural box of steps (for lack of a better phrase) when he answered that as a judge, he knows that he'd need to ferret out the question "why is this happening to this family? to this child?" He said that it'd be an absolute necessity to be devoted to putting together all the pieces from all sides in order to have the most complete picture he could have for each one of his cases. And, shocks of all shocks, do that work BEFORE any court time took place. (Ok...that was the cynic in me. I'll try to keep her from popping up too often.) Being sure to do his due diligence in this way, Rob ensures us all that his decisions would be based on what was best for each individual family instead of a cookie cutter response.  Essentially, reconstructing the past in order to make the best decisions for the future of the family before him. His response, I have to tell you, was nothing short of marvelous to this cynical mom.

Towards the end of our conversation, I spoke to Rob about the work I have been doing over the years to try and change the system. From speaking with elected officials to becoming a mental health advocate to creating a show to help end mental illness's stigma, I shared with Rob how very often I felt as if it wasn't enough. Despite tireless work for the last three years, I had not moved the needle enough for my liking. The system was still the system--systemic in its failure. I confided in him that I never wanted another mother to ever go through what I had gone through but that sometimes seemed so very out of reach. That's when Rob said the thing that solidified my vote. He said, "Sometimes, it takes a strong judge to stand up in order to make a statement on what is needed to make the world better." And I have to tell you all, I believe Rob just may be the guy to do that.

Rob Smith, my sweet friends and readers, has all the qualities that I could ever ask for in a family court judge; a man who isn't afraid to do what's needed, a human whose wise enough to do what's best for individual families, and do it in a dedicated manner. Really what else is there? I hope that you'll consider voting for him on Tuesday. Our families, our children depend on it.