Can't We All Just Get Along? Authoritarian Vs. Permissive Parenting 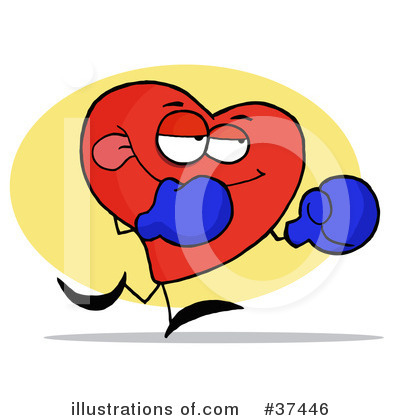 The last Muddled Mother post espoused the virtue, the necessity, the urgency of continuing to move even though we're mothers.  That is--to be sure that we remember that we are, or that we SHOULD be, more than that sacrificial role.  We should remember or begin to consider who ELSE we want to be in addition to mom, mama, mommy.  It was a controversial post to say the least.  Many who agreed or had never thought that way left beautiful sentiments in the comment section below.  Some wrote me private messages disagreeing or offering another view point respectfully, civilly in a manner in which educated humans converse. There were also those who vehemently disagreed.  I live in a small town so, of course, through the perpetual grapevine I heard the drawl and tsk tsk of women who believed that I should be ashamed of myself lamenting publicly my role of mother.  "What would my children think?"  One woman-who isn't a mother-spoke with an authoritative stance and gathered in all who would listen to share her "enlightened" perspective that "my whining" was due to my erroneous view that my children were put on this earth to make me happy.  She asserted that I didn't understand that happiness came from within.  She posted quotes about happiness and responsibility on Facebook. She convinced friends who were mothers to remove themselves from the Mudder website in order to spare them the downer I perpetuate on the good name of motherhood every week.  She even went as far as trying to insert herself into my sons' lives in order to perhaps "fill the void" that they must feel having me as a mother.

However, believe it or not,  I welcome it.  I even expect it-the mess (the righteousness too.) It's inevitable when discussing a polarizing, passionate subject like motherhood.  After all, it's a messy topic. As with any sacred subject like politics or religion, most people have strong, deep rooted ideals that are as unwavering as Mt. Everest.   Did you know that there are over 700 billion ADULTS in the world?  (I looked it up.)  I am willing to bet that every one of those adults has an idea of how a mother should act, think, speak.  Unfortunately ALL 700 billion opinions can't be right, but they ALL can't be wrong either.  I would assert that it's a little of both.  Hear me out on this.

I am sure by now you have heard of the "Tiger Mom."  If you haven't, let me fill you in.  Amy Chua, author of  Battle Hymn of the Tiger Mother

has been lambasted online, on television and in print media for her "harsh" discipline and parenting techniques that she touts in her book and her article "Why Chinese Moms Are Superior." Tiger mama's children never went to a play date, never slept over at someone house, weren't allowed to have chocolate and couldn't even be in a school play. Venomous vitriol spewed out of every corner at these revelations.  More permissive parents called her strict methods abuse.  When she admitted that she once called her daughter "Garbage," know-betters and tsk tskers came out of the wood work calling her a wimp and a poor excuse for a mother.

Now I'm not saying that I agree with everything that she did.  But let me just say, both of her daughters are Ivy League bound.  They have a clear reverence for their parents, and most of all, it is distinctly obvious that they are driven to be successful.  My sons are not Ivy League bound, they don't typically have a reverence for their parents and they both have said that "As long as they pass, they're good." And I will be the first to admit that in moment of ire or great sadness the words that have come out of this mother's mouth have been giant mistakes that I could only apologize for and vow to never say again. So...who am I to question her parenting?  Who am I to dissect it?  Her daughters seem poised for a stellar adulthood.  I 'd settle for my boys having an average one.  Her parenting worked for her.  Her parenting worked for her family.

Then there's Spock who has touted the idea of permissive parenting--a life where the child gets to explore his or her environment and learn logically from life's consequences without the constraints of a mother or father's constant "no's".  This parenting philosophy has been around since the early 50's.  Many parents sing its praises.  They believe that this popular philosophy encourages children to be brave within their environment, and because of that, permissive parenting has helped to create a nation of thinkers and inventors leading our country to the technological boom we're experiencing today.  On the other hand, many opponents of permissive parenting complain that its created a generation of spoiled entitled children and a culture of youth who are soft and rebellious.

Once again, I don't espouse that I agree with all that is involved in permissive parenting.  But as a mother I would love to ensure that my children were able to see the possibilities in life without fear.  And, well, those who know me well know that I am not shy of a rebellion or two.  Where would we be without the likes of Steve Jobs or writer Augusten Burroughs, the innovators and free thinking artists?  The permissive parenting they received worked for their parents.  It worked for them.

Mudders, we try our hardest.  We do our best.  We cry.  We laugh.  We love. We hurt.  We slip.  We fall.  We get back up.  We make mistakes and we apologize.  We go to bed defeated and awaken refreshed. We try again. We hold on tightly to a sense of hope and we vow to never give up on our children.  Sometimes our decisions are spot on.  Sometimes we spit in the wind. We all know the elation of success and the sting of failure.  It is a precarious role being a mother.  We are forever reminded that several wrong moves or even ONE could damage those that we love the most for an eternity.  The uncertainty of what we do, when we do it and the veritable HOW weighs heavily on us daily, by the minute, by the second.  We are mothers.  We may choose to do our jobs in different ways.  We may disagree on the guidelines one follows to raise children in an appropriate manner.  But one thing I am sure of, one thing that is the same for all of us who call ourselves mamas is that we love our children and our decisions are made out of the adoration that we have for them.  Whether permissive or authoritarian, whether chipper and cheerful or full of lamentation, all mothers want the same thing for their children--to ultimately grow into adults who live in a state called contentment.
Posted by Unknown at 9:57 PM 42 comments: