I recently got a shout out from one of the greatest websites EVER (in my humble opinion) www.kindovermatter.com.  Amanda writes,

"Hi Beautiful You! Whether you're a writer or reader, I'm super excited to share these new series with you! Jo Anna & I will be sharing nearly every week & the Kind Kindred series will still be shining every Monday, as usual, but the rest of the series will pepper every month!The first post will be next Thursday in the Laughter Lover series! (Do you remember the Granny Panties story Logan shared last year?! Oh yes! It's going to be SO FUN!)"

Ah yes...my "Granny Girdle Panties" story.  Who could forget my utter humiliation??  WHAT???  You haven't read the Granny Panties story????  Well, by all means....PLEASE do! Have a laugh on me I can take it!  Click the link below! 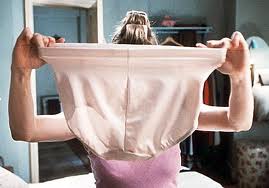 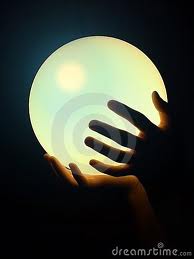 I have recently been working on a novel; my first endeavor into fiction.  Writers are readers at the heart of us, and so it is no surprise that I have been reading all I can find on the "hows" of planning and penning a made-up story. The other day I was reading about the merits of different points of view.  You know, 1st person as opposed to 3rd person.  To be honest with you I had not even considered writing this story in the 3rd person.  I am an essayist first and foremost and it is just so natural that I write in my own voice.  This book that I planned on writing, (OK if I was being TOTALLY honest here,  I'd tell you that I have already STARTED writing the book but have gotten stuck, hence the frantic reading and researching...) anyhow, while writing this book, I planned on just embodying the protagonist, being her so to speak, and then telling her (or rather my) story as if it were happening to me.  Telling it that way just seemed natural to me, the essayist.  However, after reading and reading and reading and reading about the two points of view, I am rethinking my plan for the book.  Writing in the 3rd person seems to perhaps be easier when writing fiction because the narrator is of course omniscient, being able to know all, see all, hear all, and ultimately show the reader all that is happening.  An omniscient story teller can anticipate what might be coming down the pike and even forewarn those that have decided to turn the pages of the precious book.

During my point of view research, I learned that my definition of the word omniscience was flawed.  I have always thought that it meant "all powerful", but instead I learned that it is simply having infinite knowledge.  Infinite knowledge is something that our children, when they are younger, rely upon us to have.  In fact most small children would believe that their parents WERE in fact absolutely omniscient.   As they get older however, somehow we lose that omnipotence and our teens, according to them anyway, gain it.

It got me thinking.  To be omniscient, all-knowing, all-seeing, preeminent..how handy would that be for us, Mudders?  To know what is coming around the corner, a couple of years down the road, to know whether or not our decisions are the right ones--with the power of omnipotence we could perhaps help to prepare our children, heck even ourselves for the future; for the twists and turns and raging storms that families have to plod through.  I am not nearly suggesting that being omniscient would cause me to try and change events because I am a firm believer that every experience is meant to mold and shape who we are, but to tell you the truth, I am pretty sure omnipotence would allow me to plant my feet in a firm wide stance to keep me steady when those winds do blow in.  Having your legs cut out from beneath you, and falling on your rear end (even if it IS well padded) feels horrific, no matter how many times you tell yourself that you gain strength from strife.  And while I am all for spontaneity, I would have liked to know about...well...I would have just like to have known that certain things would happen to my family.

Because I am from a small town, and because I openly write a blog about the difficulties that often come with motherhood, I am sure that it isn't news that 2012 has been a nightmarish year for me, Logan, the mother of two boys.  And while I am lucky that things with Ila have been idyllic and blissful, life-changing even, I have not spoken much of my sons because I am so disillusioned by what has taken place over the past 7 months.  For their sake, I will not delve into the nitty gritty details, but it would be safe to tell you that neither boy is living with me any longer.  It would be safe to say that not living with me also means that I have seen very little of them in seven months.  It would be safe to say that their absence has sliced an extremely large chasm into the very soul of me.  It would be safe to say that a little omnipotence would have and would be nice.  To have seen this coming.  To have known that I'd be without them for the several thousand reasons that have arisen that keep them from me or me from them--being a little prepared might have made the sting a little less, the resentment a smaller boulder in my solar plexus, the tears less prevalent.  The untethered feeling that I have had these past seven months, the lack of a compass has plagued me, and I wish with all that I have that I had been omniscient--that I would have known that someday, they'd be gone in this seemingly final way.

And there again, omniscience in the here and now would be such a gift because not only would I have been able to foresee these last disastrous months coming but I would be able to know with certainty that this situation may or may not get better and plan accordingly; steel my heart against any further hurt or keep it open for that someday that we'd be a family in the strongest sense of the word.  Well meaning friends say with a fortitude that I don't possess that those sons of mine will come back someday knowing that I had tried my best parenting them.  They are so sure, these friends of mine, that the hard work that I put into trying to be the best mother I could (even if some of the decisions were wayward) will cause them to come back, to want to be part of our lives again in a healthy familial way.  (Does that even exist?  Perhaps that is fodder for another post!)


A good  friend of mine disagrees with my wish for omniscience.  He thinks that I may be still leaning on  my flawed definition of the word--hoping that being "all powerful" would somehow keep the immense disillusionment and hurt at bay.  He is a firm believer in fate, and reminds me that having the real definition of the word--the power of knowing all --wouldn't be able to change the past days, weeks, or months--no power in the universe would be that strong...and maybe someday looking back on all of this I will understand why it took place.  After all, using the past to make decisions about the future is truly the ONLY way to be purely omniscient.

Posted by Unknown at 9:16 PM No comments: