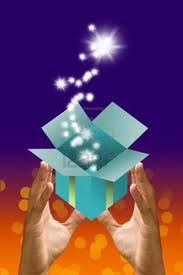 Richard Bach once said that "Every problem has a gift for you in its hands."  A year ago, 6 months ago, 1 week ago I would have rolled my ever-luvin eyes at that quote.  I would have made some sort of disgusted grunt noise that came from way in the back of my throat.  I would pushed Richard with a scoot of my hand so that he could step aside and let me get to the solvin'....because that is all a problem was to me something to endure until it got fixed.

But then I experienced something that perhaps Richard Bach had at one time experienced as well; a problem that couldn't be solved, one that couldn't be fixed--at least not in anyway that would feel entirely satisfying.  Swimming in the mire of the in-between I was unable to reach either shore--the one where I stood before the levy broke and the one ahead of me that would provide me some sturdy foundation with which to stand upon again..  The exhaustion, the constant thinking, the anger, the sorrow, the bewilderment dangled from me like iron anchors and pulled me into the deep, dark abyss. I was drowning.

One night, while in full self-pitying mode, I decided to distract the running reel of "woe is me" by visiting Pinterest.  (If you don't know what that is...I will warn you that it is HIGHLY addictive, but please do visit.  Of course, visit AFTER you read today's post.)   While working on my "Quote" board (so very original...I know) I came across Richard's quote.  It stopped me in my tracks.  My immediate reaction was scoffing, eye rolling, throaty grunts, but then...but then....something made me stop.  Something made me read it again, and again, and then once more.  Something made me look at each word strung together like a strand of Christmas lights, and in a moment of illumination it occurred to me that perhaps--perhaps--I could begin to look within my current conundrum for the gift it might be offering me.

Starting the next morning, I began to live differently.  The problem didn't go away (it still hasn't), but what did go away was some of the anger, the helplessness, the groping-around-in-the-dark-for-a-path kind of blindness. It was replaced by a curiosity.  If this Bach fellow was right, then somewhere, somehow, some gift would reveal itself through the chaos, above the noise, around the walls built high. The search was in itself a  distraction from the wallowing, however, the gift didn't reveal itself right away.

As it turns out this gift, my problem's gift, had been here right from the beginning, but I was too overwhelmed with despair to recognize it, to greet it, to experience it.  I am thankful to Richard Bach and his wise words that I was able to open my heart's door to welcome it.   It finally became obvious to me in the midst of a compassionate "talking-to" by a long time friend.  She had come into my classroom to drop off a letter of recommendation that I had asked her to write and to inquire about my state of mind.  She heard--through the grapevine--of the things that had been heaped upon my family plate as of late.  I tearfully recalled details and answered her questions, and then after listening to each word, she showed her typical tenderheartedness and declared that she was sure that I'd feel better if I could just go on a well-needed vacation.  In the next breath, she mercifully offered her parents' condo in Florida for a place of respite.  I was stunned, silenced, humbled by her kindness and friendship, and it was then that my dilemma's gift dropped out of the sky and clunked me over the head.  My offering?  The realization that throughout this whole ordeal, I wasn't alone.

Problems have been plentiful these last few years.  That goes without saying, and I knew from experience that even the best people have a limit for the amount of times they listen, commiserate, dispense advice or prop up.  I mean there's a reason that nobody is Eeyore's BEST friend in those Winnie the Pooh stories.  So even before this latest round of rain, I had vowed to be more positive, to enjoy life in moments-moment by moment.  So when the bomb dropped here a few months ago, I was determined to speak very little of it except to perhaps a couple of my nearest, dearest and most trusted.  I would face the latest a solitary figure.

I was not alone.  I am not alone.  This problem, this mystifying mess, as difficult as it seems, as heavy as it is draped across my shoulders and across my back has offered to me a truly transcendent treasure: the gift of knowing that I am worthy of love no matter the situation, no matter my mistakes, no matter how many times I ask and even when I don't--there are people who will be there.  I am loved.  I am not alone.  And dear readers neither are you.  What are the problems that you are facing?   Please remember, no matter how complicated no matter how hopeless, that problem "holds a gift for you in it's hand."  Go on, do yourself a favor...Open it.
Posted by Unknown at 9:57 PM