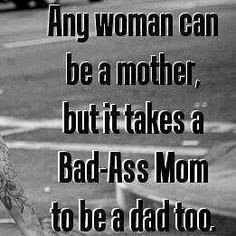 'And the cat's in the cradle and the silver spoon


Little boy blue and the man on the moon
When you comin' home, Dad
I don't know when, but we'll get together then


You know we'll have a good time then."
(Harry Chapin)

Nissan--your maudlin Superbowl ad--what, WHAT were you thinking?  An absentee father misses most of his child's life to DRIVE A FAST CAR?

Really? Really? You must not know...you and your executives must have never been at the other end of that life. Are there no single mothers working for your company? Are there no fatherless children? I cannot imagine that you asked them their opinions of that monstrosity. If you had...if you had asked you would have found out that being part of a family where the father is absent; where the father is non-existent in the everyday lives of homework, school, sports, play, friends, morals, values; where there is no father that creates a solid foundation for the shaping of another human being---well sirs and madams--that life is not glamorous or sleek or shiny at all. Not one bit.

Allow me to enlighten you on what you just prettified.
That's 32 times the average.

And speaking of education.....Did you know?
But Nissan, as bad as all that seems it can be much much worse--much worse. How about THIS:


What?  Do you want me to stop? Too painful?  You bet your ass it's painful.  It is so incredibly searingly agonizing. Perhaps that's why I found myself shaking with rage watching you make it cool and suave and so very chic!

From very early in their children's lives, they know beyond a shadow of a doubt that their jobs are going to be hundreds of times more difficult. They know that keeping their children walking the responsibility-line will be a epic battle.  After all--dad's not responsible...why should his children be?

Moreover, in those households where dads roll in on the weekends to take those single-mothers' children camping, or to the zoo, or to a Knicks game...those same moms become enemy number one. After all, how much fun is it to be the nagger, the cajoler, the keeper of the homework, chores and things like kindness and respect? That kind of adult gets OLD really quickly--so very very quickly.

Take it from someone who knows--those moms get sick of themselves, sick of their voices, sick of the I-can't-let-my-vigilance-slip exhaustion.  They are tired of having to be the bad-guy, of not having backup, of hearing "if dad were here" and the incessant slamming doors.

Moms of girls worry beyond all measure that her daughters will look for and find the same kind of men their fathers are--absent, unwilling, disrespectful, self-centered and self-serving.

Moms of boys agonize that their sons will end up being those irresponsible, disrespectful, self-centered and self-serving men just like their dear-old-dads.

Those single-stalwart-moms--they are strong and they are tenacious and they have guts and hearts of steel.  They do everything possible to prevent those kinds of futures from coming true.  But alas--as you can see from the statistics above--that muscle, that resolve quite often isn't enough.

It's interesting, Nissan, at the end of your commercial, when the dad picks up his son from school in your shiny, shiny glistening lustrous car, he is crying.  I wonder why? Is it because he knows that that boy that he created, his son, is now grown and it's too late...Does he know that he missed it?  He missed the parent conferences and the 13 first days of school.  He missed his first home run and the high fives in the dugout.  He missed it when friends became bullies and dreams were dashed and when they came true.  He missed the lengthening of limbs and the lowering of voices. He missed a chance to mold minds in a positive way, to be an influence that lifts and guides and encourages. That dad...and all the other dads who choose to figuratively drive those fast cars instead of slow and steady ones...they are the problem. They are not to be idolized and commercialized.  And so I say to you, Nissan, shame on you. Shame shame shame for lauding a culture of sadness and emptiness and irresponsibility--all in the name of selling cars.

But life is a series of checks and balances isn't it, Nissan.  And just as my rage was eating a hole into my very weary stomach, along comes a Toyota Camry commercial on...(can it be?) ...of all things, dads. And mercifully, gratefully they are a company who got it right. I know that this single-mom will happily buy their products and forever forgo yours, Nissan. Let hope all other humans who care about future generations follow suit.

Miss the Toyota Camry commercial, Bold Dad? You can find it here.  Here's the transcript:

Truer words have never been spoken...