A Mother of a Troubled Child 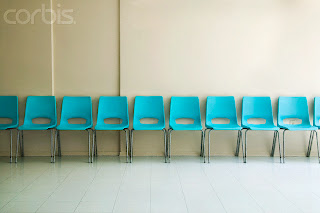 I used to be a parenting snob.  How would I define that?  Well I suppose, if I was to admit it, I guess it would mean that I agreed with the old adage that if a child was struggling it was due completely to the inadequacies of the parent or parents.  As a teacher, it is sort of our mantra.  “Where are the parents??”  Johnny can’t read?  He must have never seen a book in his house when he was a wee toddler.  His mother must have never taken the time to cuddle up in bed with him and read the glorious words of “Goodnight Moon.”  Johnny is angry.  Well then he learned that at home.  I used to be willing to bet you that that was exactly how his father acted towards his mother.  Or, there’s the even snarkier thought that Johnny was “allowed” to act that way at home due to incompetence and so why would we ever expect anything different from him at school or in the mall or with a group of friends?  Johnny is dirty then by all means that certainly is proof that he has no one at home who cares about his hygiene.  I’d picture and shamefully speak loudly in the faculty lounge of a mother who was too wrapped up in her new boyfriend or her Pilates or her wine to notice that Johnny’s clothes were full of filth or that the dirt under his nails could grow a full on vegetable garden.  Tsk tsk.  What DO we do about those creatures that try and call themselves parents?  Yeah I know.  Not good.  Not good at all.

As my boys grew up, I looked down my nose at a family who’d walk by me in the mall with a child that was dressed in gothic garb.  I’d roll my eyes when I heard tell of children we knew who had to go to rehab or who were taken from the home.  I wouldn’t allow my children to befriend those in foster care.  Those children who ended up in our local mental institution were just sad sad kids who had no familial support at all.  Period.  The end.  But this was NOT how my children would end up.   After all, they had a mom who not only went to every game she went to every practice.  They had a mom that established traditions for every holiday.  Gave them elaborate birthday parties, shopped at Macy’s even when she couldn’t afford the clothes there.  My boys would never ever end up like “THOSE” children.  They had a mom who loved them.  A mom that insisted they eat dinner together nightly.  They had a mom who asked about their day, required homework be done, gave logical consequences and put parameters on where they went and with whom.  Not my kids said this parent  snob.  Not ever my kids.  Never would my child end up troubled.

Well, I was wrong.  Wrong about a lot of things.  Wrong to look down my nose at the families of children who were struggling.  Wrong to gossip at lunch time about the ineptitude of parents whose kids were off the deep end.  Wrong, wrong, wrong to think for one second that the sum total of a child’s problem fell squarely in the lap of the parents of that child.  How do I know I was wrong?  Well, humility gave me a lesson or two.

For instance, I am writing this post as I sit on an uncomfortable bench in a stark gray walled, antiseptic smelling institution while one of my children sits in a mandated “support group.”  To my left and to my right are parents of the other children in the support group.  Across from me are children that just 6 months ago I would have pitied and looked down upon as the lost souls of poor parenting, and yet…I can’t do that anymore because one of my children is sitting right next to them.
Over the past few weeks, I have entered buildings that I didn’t even know existed.  Each building blurs together having the same stark rectangular feel, the same uncomfortable chairs, the same antiseptic smell, the same unsmiling faces, the same disheveled teens.  I have sat through intake after intake telling the history, the story of my child.  I have watched helplessly as things happened to him that were out of my control.  I have experienced things that I thought  would never  ever be experienced by me or any child that I raised.  And I guess that is the first point of this post.

We must be careful, Mudders.  We must not set ourselves up by worshipping that false prophet, “Never.”  He doesn’t exist.  There are things that will happen to our children, because of our children that we will not anticipate when we hold them in our arms as infants, when we watch them hit a ball over the fence during little league, when we snuggle with them on the couch to watch a movie.  Things will happen, maybe horrible things that we wouldn’t wish on our worst enemies, and even though we’re their parents, we won’t be able to stop them from happening.  Which brings me to the second point of this post:

We need to be sure Mudders that we are good to other Mudders and Fudders.  Unless we live in the house with them and have watched them raise their children from infancy on, we can never know or judge what it is that may have caused their child to be troubled.  I mean really.  Who do we think we are?  Is there any of us that actually think that they’ve got it ALL figured out when it comes to parenting?  If you are nodding your head right now, let me tell you how absolutely mistaken you are and I’d have to inform you that you too are a parenting snob.
I know now that it may not be the parenting.  It may be the genealogy.  It may be an outside traumatic event or several…but we must remember that blaming the parents, making fun of the parents, lamenting about the parents—all the things that I used to do is quite presumptuous and, yes, snobby, downright snobby.
Like many changes, my realization of what an absolute parental snob I was has come through experience.  You see, lately I have been at the other end of that thinking, of that snobby behavior.  When talking to teachers, administrators, school officials about my child, I can hear the edge in their voice—the one that oozes the tone that says, “He wouldn’t be like this if you just….” (Fill in the blank here)   Believe me when I say that speaking with someone who has that preconceived notion about you makes it impossible to be taken seriously.  It is unfeasible to get parental snobs to hear that you really just need help, want help for your child.  They don’t think that you are capable of possessing a working maternal compass—I would even go so far as to say that when dealing with some institutions that my child now needs to take part in, I have been spoken to as if I have no education, no knowledge of what is right and what is wrong, like I am LESS than because my child is deemed LESS than.  I have been handled with disdain as if, as if the sum total of my child’s problem belong squarely on my shoulders.  And while I do carry some of the weight of what is happening to him across my back, there are other factors, there is a bureaucracy that shackles a parent against doing what is necessary for her child. There are unforeseen circumstances.  There is peer pressure.  There are learning disabilities and educators that are less than cooperative and more interested in getting Johnny “out” of their class.  There is lack of self esteem that comes from repeated failure...there is so much more that can trouble a child than simply a parents ability to care for their child.