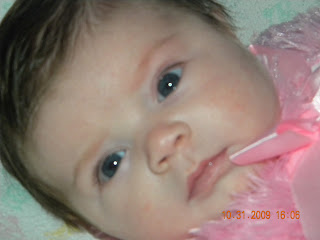 My daughter turns 3 in two weeks. Three. That means that it has been three years and nine months since the surprise of my life happened. Since I stood in my miniscule bathroom with the new-fangled electronic EPT test in my hand that kept blinking the word “yes” over and over until the motion of that, coupled with my utter shock, made me feel dizzy and faint. I am sure that I have discussed in this column before that my reaction was less than enthusiastic.
Parenting my sons had been well just a crap shoot in many ways, and the waders I wore didn’t protect me at all from that raw sewage I sludged through daily trying to match that perfect mother in my head. The do-do seeped in deep; a constant reminder that I was nowhere near doing a great job. Now I know that there were MANY other factors that made my role difficult; absent grandparents, an ex hell bent on saying, doing, thinking and breathing the exact opposite of anything that I did, genetics, environment…on and on…and I guess that was EXACTLY what was going through my head that fateful day as I held that EPT….I did NOT want to go through the “on and on” again. Ever again. I had had enough.
To read the rest please click on the following link:
http://hilltownfamilies.wordpress.com/2012/08/21/fisher-44/
Posted by Unknown at 8:14 PM