For the Love of a Son 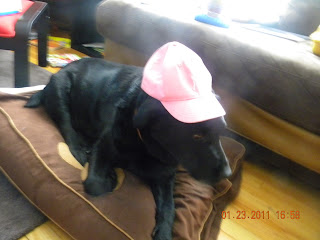 Beautiful--and I am not talking about the decor, although the cottage-like feel was warm and inviting, and the little touches and openness of design made it a welcoming place.  But that isn't the kind of beauty of which I speak.  The kind of beauty I experienced yesterday is hard to put into words, and yet I've been compelled to write about it since I arrived home.  And so, I will try to convey to you dear readers the mystical happening that took place for a brief moment in what sometimes has seemed to be a very long, arduous journey of a contentious, resentful and good old fashioned divorced couple.

Gannan's dog, Vixen, has a special place in his heart.  With all that he has been through, the poor decisions he's made, the animosity, the changes, the pushing of boundaries, that dog's love has been the one constant in his year of upheaval. Although he tries not to show it, Ganny's heart is full of that pooch.  When he comes home, after a brief kiss to his sister, he bee lines it to that black hair ball, lays down on the floor with her and...well...loves all over her.  His most treasured Christmas present from last year was a framed picture of Vixxy's face.  Back then moving to dad's house was still new and his conflicted feelings about it he wore like the buttons on the outside of his shirts.  I will never forget his face as the torn wrapping paper fell to the floor that morning.  The corners of his mouth turned down and his chin tightened.  He swallowed the boulder of emotion that instantly welled up in his throat and nodded a slight nod, as if it was just right.  It was clear at that moment that what he missed the most about our little house on Reservoir Dr. was that sweet, lovable dog.

That's why when Vixen's vet suggested that the fist-sized sore that wouldn't heal on her hip might be cancerous, I instantly worried about Ganny's reaction. Lately he has found a sort of rhythm in his life, a easy sort of groove that he's settled into.  It is clear it seems to me that he is beginning to mature.  While certainly not perfect, some of the "in-your-face" stuff, especially in school, seems to have dissipated.  (Anyone have any wood I can knock on?)  And so I didn't want Vixen's impending death to put a crater in the somewhat smooth road he'd been traveling down.  His father felt the same way and called me to express his concern.  I told him of our plans to put his dog to sleep if she indeed did have cancer, that we didn't want her to suffer.  He again expressed his worry in how that would affect Ganny.  Which, as Gannan's father, was of course expected.  But, I will tell you what he did next was completely and utterly UNexpected...The ex's step daughter, Ashley and her boyfriend, just happen to be newly graduated veterinarians, and he offered his step-daughter's services..free of charge.

So that is how I found myself at his home yesterday afternoon.  Jeff was working.   Aidan helped me lift the feeble dog into my SUV, I strapped Ila into her car seat and admittedly, with trepidation, we were off.  I have mentioned in previous posts my fondness for my sons' stepmother, Jackie, and so it wasn't a surprise to see her kind face coming down the front steps and toward the car to welcome us.  Ganny came out with his step-sister, Dr. Ashley, and her boyfriend, Dr. James.  They immediately went to the rear of the car to retrieve Vixen.  She didn't come easily and I began to consider what I'd do with Ila while I tried to assist in getting the dog out of the car, but just as I was about to strap her back in the car seat, my ex husband came out to help.  He smiled cordially and went straight to the back, whispered sweetly to the dog and reached in to lift her out.  I suppose I stood there staring as someone does when looking upon a new sort of something never seen before.  I suppose that my face had that look many times over the next hour and half.

Ashley set up an area of plastic for Vixen to lay on and dove right into her very thorough work.  Gannan knelt by the dog's head, but it quickly became apparent that help would be needed to keep her still.  Since my job was to keep Ila busy in the small space and distracted from the distress her beloved dog was experiencing, I couldn't be the one to assist in steadying the dog.  (Not to mention that there isn't anyone as squeamish as me and being close to all the cutting and draining and shots and tissue sample removal would have had me fainting and retching all over.)

Once again, surprising me, my sons' father knelt along side of Gannan grasping Vixen firmly but lovingly and assured Gannan at the same time by smiling confidently.  But even that wasn't enough to keep the 80 pound black ball of hair still enough for Dr. Ashley to do the delicate cutting and snipping that she needed to do.  So true to her nature, Jackie joined in to lend her support.   They worked there, the four of them, for quite sometime.  Each gently soothing a very quiet Gannan every once in a while with a reassuring phrase or by telling a joke.  At one point, overwhelmed Gannan ran out the front door, leaving Jackie and Scott with the dog.  Aidan's instinct was to run after him, and just as I was about to tell him "no", Jackie said, "Let him be, Aidan.  When Gannan gets like this it is best to leave him alone."  She said just what I was about to say.  At that moment, my sons' father looked at Jackie in agreement, and I realized that they knew Gannan the way that I knew him, that they loved him the way that I loved him.  That all of this...they did FOR Gannan, and in that moment I experienced overwhelming emotion.

After the major work was done on the dog, (it turned out to be an abscess not cancer...good news...but the draining and blood will be the death of this weak stomached woman), the boys got tired of holding onto her and so I knelt beside her (on the side without the blood...sheesh) while also trying to keep Ila away from the red river that was running  out of her opened wound.  Jackie did her best to entertain my daughter as well, but she was determined to hug and play with Vixen.  That is until the ex surprised me once again and came out with Natalie, their Teacup Yorkie, for Ila to play with.  Up until that point he had tried extremely hard not to be a casualty of Ila's sheer cuteness.  But it seems he had succumbed to it, even putting her on the kitchen counter to keep her away from Vixen and entertained.  From the living room, holding Vixen, I could see the three of them, Gannan, the ex and Ila enjoying one another and the tiny Teacup Yorkie in my daughter's lap.

Driving home (after the ex placed the dog into my car on a pillow and one of his sheets) it hit me...it all hit me. The surrealism of it, what had just taken place was both cause for joy and massive guilt all rolled into one, and I cried.  I cried the cry of a mother, a mother who may not have always made the right choices when it came to her sons and their father, but one who finally got it.  I cried the cry of a woman who was reminded that the man who she created her two sons with may not be 100% the demon she had made him out to be in her mind perhaps to protect her from admitting her own wrong-doings.  I cried the cry of a mama who experienced for the first time in the 18 years what it felt like to work together with the father of her sons for the good of them.   I cried the cry of a mom who realized how many of those times had slipped through her fingers over the years.      I cried a good and healing cry.

This morning Gannan came to irrigate the cut on Vixen's hip and leg and afterwards I drove him to school.  "Mom, I feel so much better about Vixen," Gannan said relieved.  I answered, "Me too.  It looks like she'll be fine Gan."  And then, "Gan, what did you think about your father yesterday?"
"What do you mean?"  he asked.
"Well babe, if you know your dad, you have to be amazed that he dealt so well with all the blood on his floors and all that chaos.  I mean he even played with your little sister."
"Yeah.  You are right.  He was great." he answered.
"Do me a favor Gannan will you?  Your dad isn't perfect and lord knows neither am I.  But the next time you get mad at him try and remember what he did for you on Sunday.  Having me in his house, having the mess," (He can be a bit of a--shall we say--neat freak.) "all that chaos he doesn't do well with, but he did it for you.  Try and remember that the next time you get mad at him okay?"
"Yeah.  Okay mom."  And then..."And mom, you do that too, okay?"  Mentally hanging my head, I replied, "I'll try Gan.  I'll try."