I Fantasize While.....Mothering (What did you naughty people THINK I was going to say?) 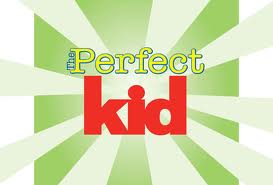 The other day I ran into an old friend. As we caught up, he and I lamented about the hardships of parenting as many parents do when they get together. I told him tales of my year. "Woe is me." I bemoaned. He told me tales of his year. "Woe is me." he bemoaned. "It's just a stage." he said sympathetically trying to soothe me. "At least he's happy." I said sympathetically trying to soothe him. Each of us knowing that words, although kind, would never be able to alleviate the pain that we both had experienced on account of and for our children over the past few months.

Then, suddenly and resolutely, my friend leaned forward and said, "You are going to think that I am such a wimp. But I am going to tell you this story anyway." I nodded indicating my readiness to listen. To protect his identity (as I didn't get permission to share the story) I will modify the scene he described, but tell you enough so that I can use it as the basis of this post. In a nutshell, when his children were young he built something for them with his own two hands. While building, he imagined all kinds of scenes of how the object would be used and treasured by his children. Alas, his children are now grown and no longer in need of the object, so a few months ago this father disassembled and discarded it. As he was telling this story he revealed that he wept as he took the childhood treasure apart. He wept, wept for the years gone by, wept for the end of an era, but also wept because some of those fantasies about his children that he built up in his mind as readily as he had constructed the childhood object, were now destroyed and in pieces as was the entity that he had just disassembled.

My eyes welled up as he recalled the moment, and the fact that he was a wimp was the farthest thing from my mind. Not a wimp. No. Nowhere near wimpy. He was a parent, as I am and so I understood. I understood. From the instant we meet our children in that stark hospital bed, we dream. We fantasize. We create lives for them, only the best. We imagine our children successful, happy, healthy, wealthy. We dream of the milestones; graduations, off to college, travel, incredible careers, engagements to wonderful partners, grand weddings, grandchildren....blissful fantastic lives (in that order preferably!) We have almost two decades to ponder over these fantasies, to make them bigger, more detailed, more life-like. So it is no surprise when these illusions (or DElusions) don't happen in the exact manner that we hoped for, or worse not in ANY manner that we imagined, it feels like a loss. Hey, we've dreamed these same dreams over and over for days and months and years on end. It stands to reason that we may need some time to adjust.

I am as guilty of this as any parent. For my certifiable genius, I dreamed of an Ivy League education, of discovering a cure for cancer, of contributing to world peace. For my world-class athlete with the infectious smile, I dreamed of the Olympics, of endorsements, of world records and a successful commentator career. And yet neither child has chosen the road I dreamed for them to take--neither child. For child number one, learning is a bore and if it isn't easy...forget it! For child number two, competition is too stressful, therefore he doesn't participate in a sport at all. For both I dreamed that they'd be the ultimate gentlemen carrying bags, opening doors, clearing tables without asking and just oozing respect for the opposite sex--not because it's cool to be romantic, not because chivalry isn't dead, but because respect for those you love is most important. And well...let's just say, they haven't arrived at that realization yet.

What parents forget sometimes is that those children of ours are living, breathing, and thinking. They aren't made of clay molded and shaped in the exact model we imagined. They have their own dreams and desires. They'll choose their own paths, their own styles, their own ways of living...even if it doesn't fit with what we dreamed and desired for them. Therefore I am convinced that it'd be less traumatic and jarring for us if we decided to not be so specific in the fantasies we have about our children. Instead, we'd be less let down if we dreamed simpler dreams for and of them. And so, on this leg of my motherhood journey, I will try to remind myself that instead of imagining that Ila grows up to be a multi-lingual ambassador for world peace, a trusted advisor to the Dalai Lama, or the next Kristin Chenowith (look her up,) I will try to dream that in the future she finds happiness, contentedness, and a pure satisfaction with who she has grown up to be.